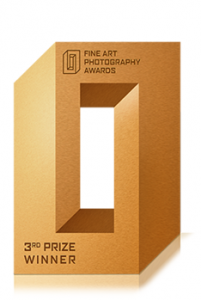 DESCRIPTION
War Landscapes is a photo project based on an exhibition and a photobook with about 100 black and white images taken in fifteen years of work in major conflict areas of the world. They range from the ruins of Kabul in 2001 to the gutted houses of southern Lebanon in 2006, the ghost town of Libya in revolt in 2011 to the refugee camps in South Sudan and Iraq in recent days. I took a lot of photos of despair, screaming and pain but for this book I chose images of landscapes, places marked by the destruction and the effects of war. A way, I hope, to reflect away from the noise and excitement about all conflicts of modern times. Battlefields, skeletons of aircraft, concrete walls, fortresses and military posts: so, in the almost complete absence of the human figure, to reflect not on a particular conflict but about all wars. Some say that the great nations have become such by the war. It is not true. The war does not build, but destroys it. It destroys the lives of men, their homes, their monuments, their cities. And the nature, the landscape, the beauty. The great civilizations that have developed because of culture, peaceful coexistence, to the foresight of those who governed them. The war has always been a step back in history. The ruins that rise over the fields of battle are the proof.

articolo precedenteprossimo articolo
This site uses cookies. By continuing to browse the site you are agreeing to our use of cookies.Accept CookiesRead more